The European Tour of Caparezza starts in Barcelona 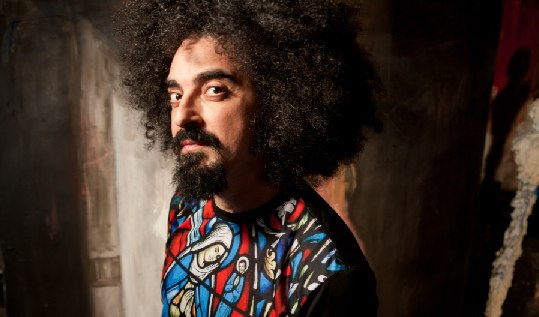 Caparezza, the famous songwriter and rapper from Puglia, will start his first European tour in Barcelona, on October 7th,and will continue on to Paris (October 9th), Bruxelles (October 10th) and finish in London (October 12th). The artist’s name derives from the dialect of his city, Molfetta, where “caparezza” means “curly hair”. His fifth album, “Sogno Eretico” reached platinum status. Caparezza has recently released his sixth album, “Museica”, which will be presented during the tour. Michele Salvemini, Caparezza’s real name, has defined the album in this way: “Museica is my gallery, my music.. it was recorded in Molfetta and mixed in Los Angeles by Chris Lord-Alge. I felt it like it was my first album. It takes inspiration from the world of art; it is an audioguide of my visions. Each track contained in the album takes inspiration from a picture that converts into the opportunity to explain a concept. Indeed, the album doesn’t spread just one general concept; and in the same way, there does not exist a single “painting” able to explain an entire exhibition. Actually it would be better to “get over” the album rather than listen to it: “Maybe it could be my destiny too?”