ItaliaES recommends the best concerts in Spain in 2022

ItaliaES recommends the best concerts in Spain in 2022

This week ItaliaES has selected for you the best concerts that will take place in the first months of next year, in the most important cities of Spain. 2022 will start in the name of rock music with artists such as Bryan Adams and Alan Parsons, the father of heavy metal Ozzy Osburne, we will then move on to indie-folk style with Passenger, ending with the latin idol of the moment, Maluma .

Bryan Adams has been one of the big names in rock for over 30 years, has sold millions of records and collaborated with numerous famous singers and groups on the world music scene. After his last concert in Madrid in December 2019, Bryan Adams returns to the Spanish stage to present the songs from his latest album “So Happy It Hurts“, which will be released in March 2022. According to the musician, this album is the result of strong emotions brought by the months of confinement caused by the pandemic; the singer states that the album “will talk about the ephemeral things in life that are the true secret of happiness and, above all, of human connection”.
Bryan Adams will perform on February 1st at 9.00 pm at the Wizink Center in Madrid and on February 2nd, again at 9.00 pm, at the Palau Sant Jordi in Barcelona. 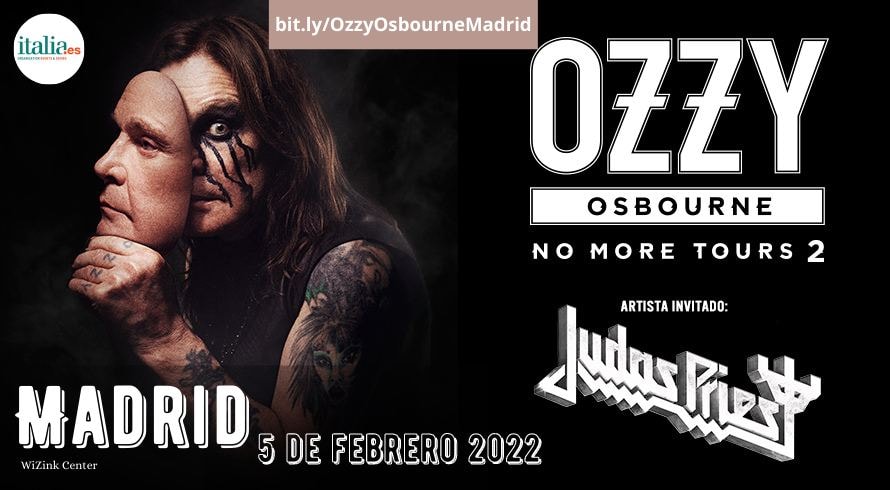 Ozzy Osbourne is the “prince of darkness” who has characterized the heavy metal music scene for many decades. Becoming famous first with Black Sabbath and then with a hugely successful solo career, Ozzy is regarded as an innovator of the genre and was inducted into the Rock & Roll Hall of Fame. The singer will return to the stage with a tour called “NO MORE TOURS 2” and will bring his latest album “Ordinary man“, released in February 2020. In the last months of 2021 Ozzy has stated in several interviews that he is well on the way with the recordings of the new album, a follow-up to the previously mentioned “Ordinary man”. Fans are wondering if any songs will be on the tracklist of the new tour. 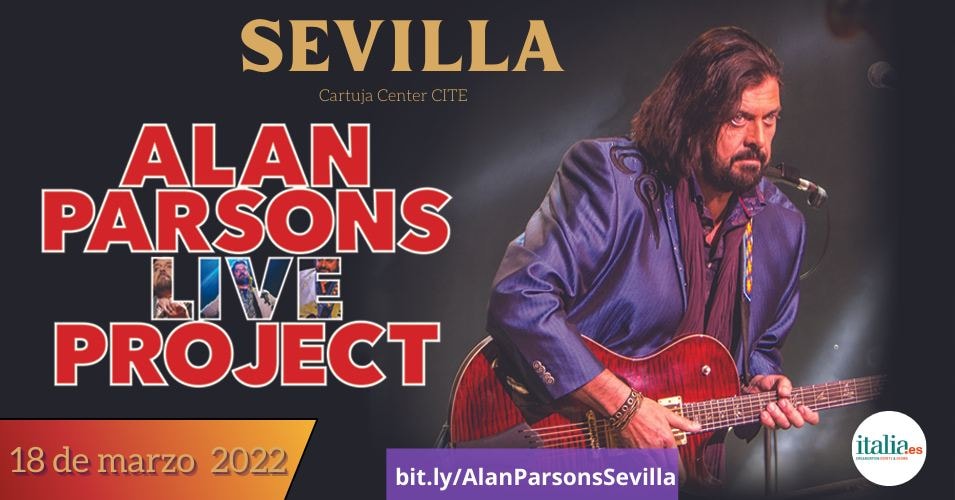 Alan Parsons Project is not just a band, but a real avant-garde musical project that was realized thanks to the creativity and ingenuity of its creator: Alan Parsons. The musician has built his personal symphonic rock project thanks to the union of classical instruments and modern electronic technologies, greatly contributing to the modernization of traditional rock. Before becoming an internationally acclaimed recording artist Parsons produced albums for The Beatles, Paul McCartney, Pink Floyd, The Hollies and others. In 1975 he met his longtime collaborator Eric Woolfson and the two formed the legendary progressive rock group The Alan Parsons Project. This tour called “ALAN PARSONS LIVE PROJECT” celebrates the 40th anniversary of the release of “The Turn of a Friendly Card“, one of the band’s most successful albums.

Alan Parsons will perform on March 18th at 8.30 pm at the CITE Cartuja Center in Sevilla. 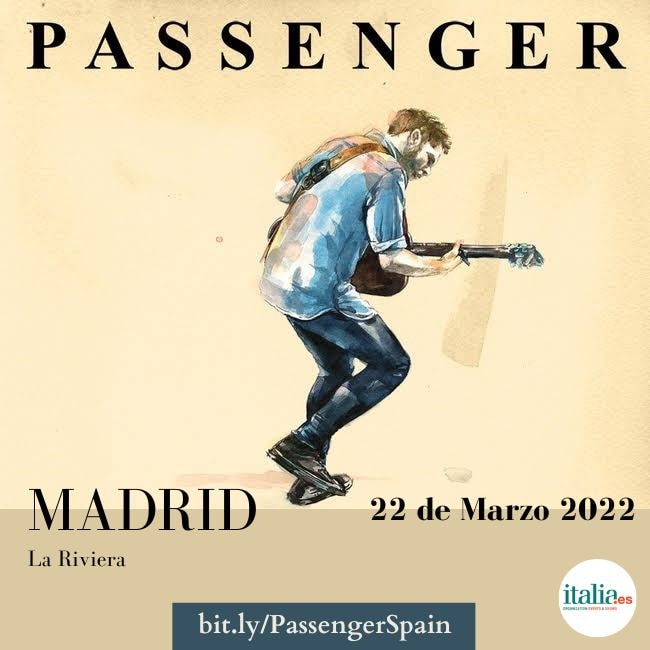 Passenger is the stage name of Mike Rosenberg, English singer-songwriter and founder of the band of the same name “Passenger“, who only released one album before disbanding in 2009. Since then the singer has kept the group’s name by releasing solo, and in 2012 his song “Let Her Go” receives a nomination for the Brit Awards as single of the year. Rosenberg has therefore become a constant presence in the folk-rock and indie-folk charts. He is one of the most successful British artists of recent years , with albums at the top of the charts, singles that have become real hits, mind-boggling numbers and numerous awards. 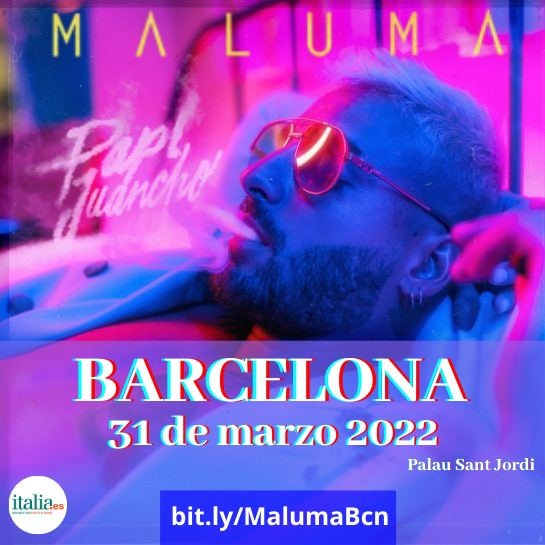 At just 26, Maluma has become one of the most impactful artists in urban music and a youth idol of Latin style globally. Juan Luis Londoño creates his stage name by combining the first letters of the names of his mother, father and sister, as a sign of recognition for his support in his musical career. Maluma gained fame as a teenager: he initially pursued football as a vocation and sang simply for pleasure, but was gifted enough to attract media attention in his hometown Medellin (Colombia). Given the rise of the Internet and YouTube, he has been drawn and enraptured by the world of music. In 2011, at the age of 17, he released his first single, “Farandulera“, independently. Due to its popularity on the web and radio, the song attracted the attention of Sony Music. The following year he released “Magia”, his debut album by him. The fame of him has grown exponentially in recent years and today Maluma is one of the most popular Latin singers and with millions of active fans on every social media. His next world tour “Papi Juancho” will stage a stratospheric show, accompanied by his band and his dancers, with laser effects and fireworks as a backdrop.

Thanks for reading the article, new content on this page every week! 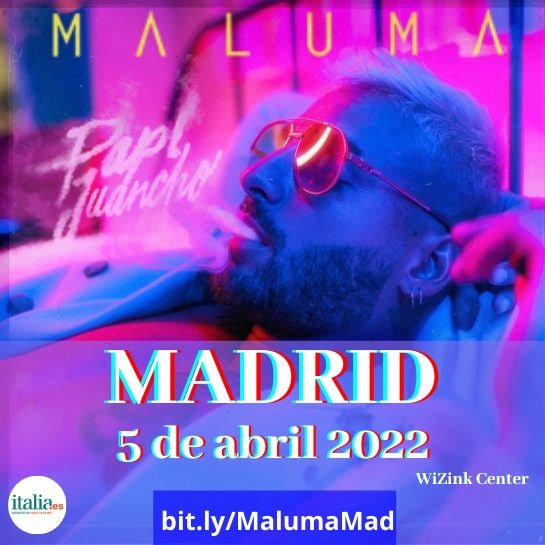