ItaliaES recommends the best concerts in Spain in 2022 (5)

This week ItaliaES has selected for you some of the best concerts that will take place in 2022 in Spain. 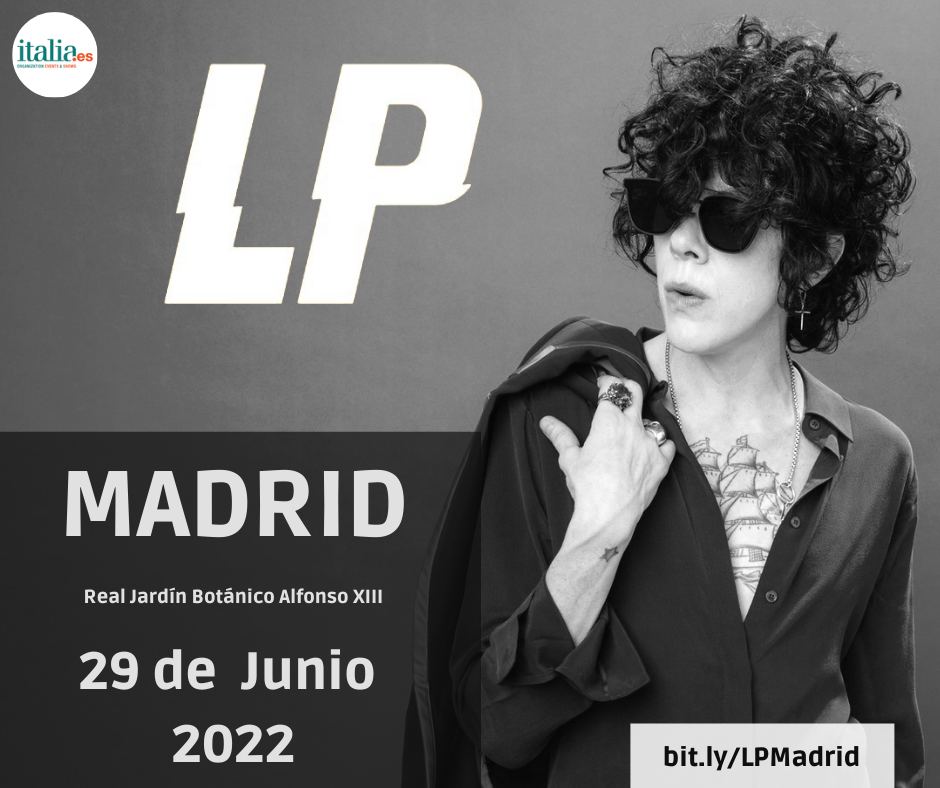 Laura Pergolizzi, alias LP, is considered one of the references of the pop-rock scene of the moment. She began her artistic career in the ’90s writing songs for Rihanna, Cher, Christina Aguilera and Backstreet Boys. She then debuted as a singer and songwriter with her first album in 2001 “Heart-Shaped Scar“, which was followed by “Suburban Sprawl & Alcohol” in 2004 and “Forever For Now” in 2014. His fame grows significantly in 2017 thanks to his single “Lost On You“, which remains to this day his biggest hit with more than half a billion streams and a platinum record achieved in Russia, Poland, Greece, Switzerland, Italy, France and many other countries.
Her latest album “Churches” was released in October 2021, LP will bring her new songs on the upcoming 2022 world tour.

LP will perform on June 26 at 9 p.m. at the Real Jardín Botánico Alfonso XIII in Madrid. 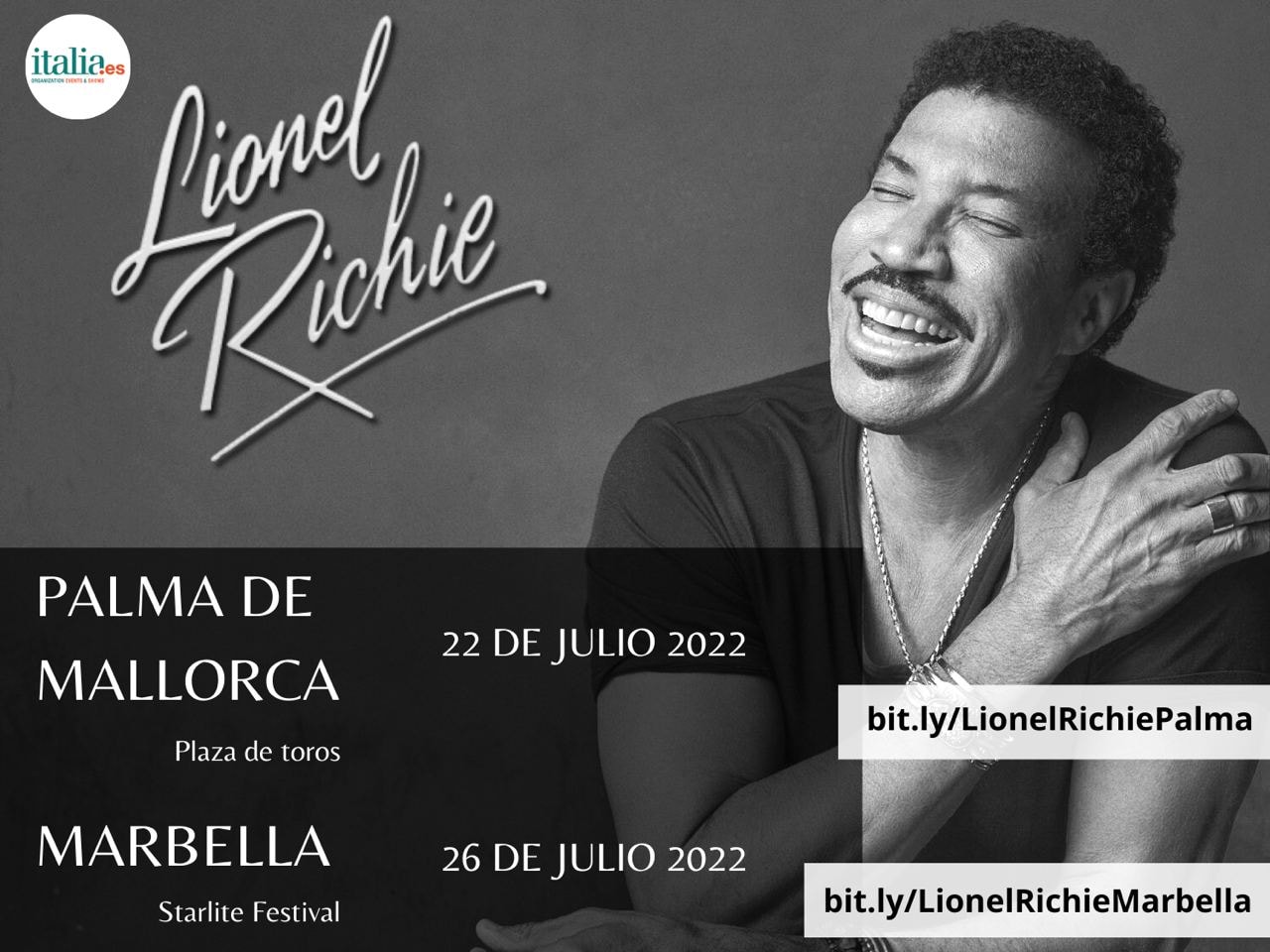 Lionel Richie is one of the most famous artists of all time. An American singer, songwriter, musician, record producer and actor who has sold over 100 million records worldwide. He began his musical career in 1968 as a member of the musical group “Commodores“, and in 1982 he launched his first solo debut album called “Lionel Richie” with the number one hit called “Truly“. Over the years his musical fame grows exponentially, along with the number of fans that follow him. He is now known for mega-hits such as “Endless Love“, “All Night Long“, “Stuck on You“, “Hello“, “Say You, Say Me“, “Dancing on the Ceiling“, and is also among the authors of one of the most important pop songs in history, “We Are The World“. Lionel Richie is now a true musical icon, one of the few singer-songwriters in music history to have reached No. 1 on the charts for nine consecutive years. His upcoming tour called “Hello tour” will bring to the stage some of the most famous songs of his incredible discography.

Lionel Richie will perform on July 22 at 20.00 at the Plaza de Toros in Palma de Mallorca and July 26 at 22.00 at the Starlite Festival in Marbella. 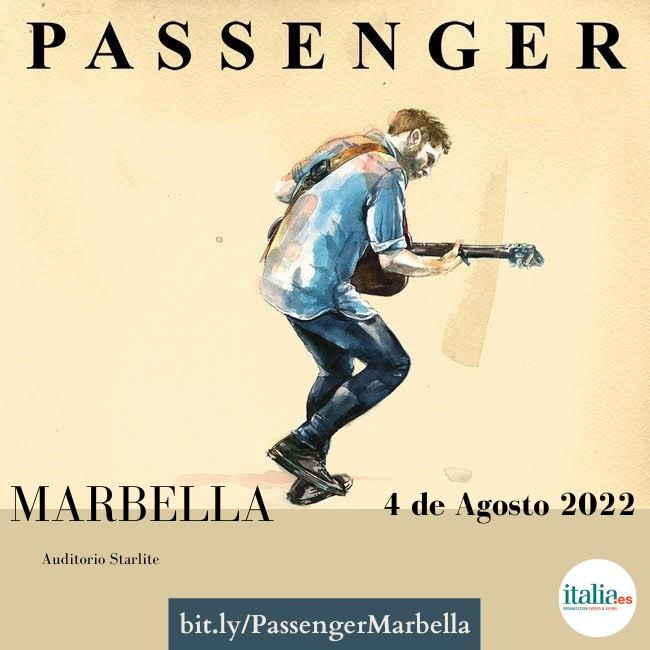 Passenger is the stage name of Mike Rosenberg, English singer-songwriter and founder of the band of the same name “Passenger“, which released only one album before disbanding in 2009. Since then, the singer has kept the band’s name by releasing solo, and in 2012 his song “Let Her Go” received a nomination at the Brit Awards as single of the year. Rosenberg has thus become a constant presence on the folk-rock and indie-folk charts. He is one of the most successful British artists of recent years, with chart-topping albums, hit singles, staggering numbers and numerous awards.

Passenger will perform on August 4 at 22.00 at the Starlite Festival in Marbella.

Andrea Bocelli is one of the most celebrated singers in the history of modern music, a famous tenor who has performed in the most important international events, including the Olympic Games and the World Cup, in addition to his shows in arenas around the world. Born in the village of Lajatico in Tuscany, Bocelli began piano lessons at the age of six and fell in love with music, later learning to play the flute and saxophone; at only 14 years old he won his first competition with a performance of “O Sole Mio“. His success begins when in 1992 Zucchero Fornaciari asks him to record a demo of one of his songs, which will arrive to Luciano Pavarotti, who will take him with him on tour. Bocelli signs a recording contract in 1993 and releases his debut album “Il Mare Calmo Della Serra” in 1994. The singer’s popularity continues to grow and over the years he wins a Golden Globe, seven classic BRITs and seven World Music Awards; he also has a star on the Hollywood Walk of Fame. His next tour will take him around the world, he will perform his most famous opera arias and songs.

Andrea Bocelli will perform on August 15 at 22.00 at the Starlite in Marbella. 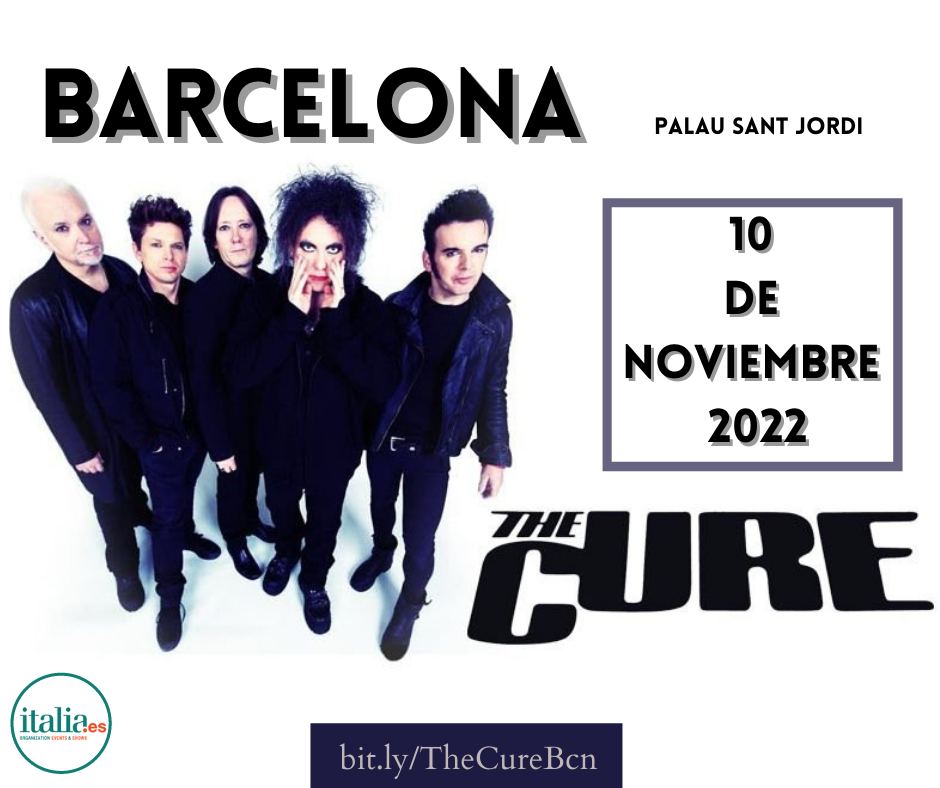 The Cure was born in 1967 in West Sussex, UK, thanks to singer and songwriter Robert Smith. They became pioneers of the early 1980s post-punk scene, establishing themselves over the years as one of the biggest and most influential bands in modern rock. They first performed in 1978, while their debut album, “Three Imaginary Boys” was released in 1979. Over the course of their career, The Cure has changed 13 members and currently consists of Robert Smith (vocals and guitar), Simon Gallup (bass), Jason Cooper (drums), Roger O’Donnell (keyboards) and Reeves Gabrels (guitars). One of their most successful records is the collection “Greatest Hits“: among the singles emerge great classics of rock music history such as the hits “Boys Don’t Cry, A Forest, The Lovecats, Inbetween Days, Close To Me, Just like Heaven, Lullaby, Lovesong, High, Friday I’m in Love, Wrong Number and The End of the World“. In 2020, The Cure revealed in various interviews that they are busy recording two albums, adding that they are almost ready to release their first new songs after more than ten years.

To stay up to date on ItaliaES events and concerts follow the ITALIA.es Facebook Page
Other social networks at this link: https://linktr.ee/ItaliaES

Thanks for reading the article!