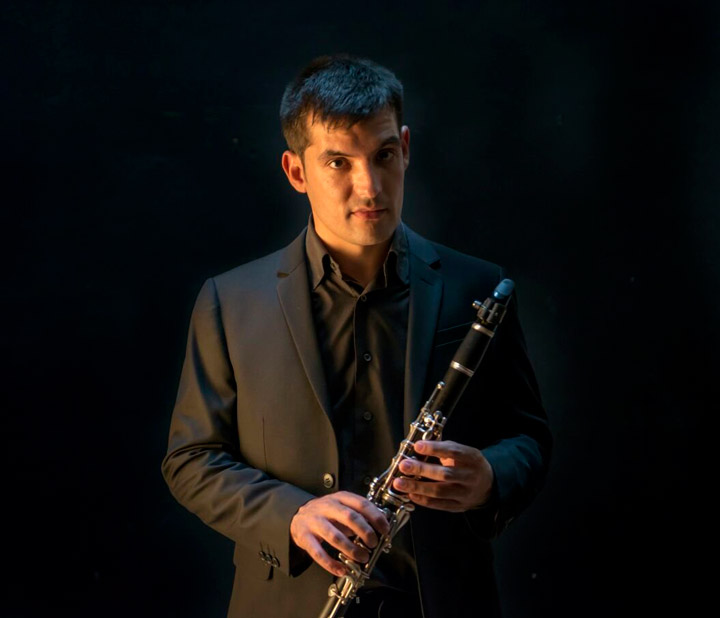 Former clarinet and chamber music teacher at the Barenboim-Said Foundation, Simón Ibáñez is currently Clarinet  Professor at the  “Wiener Musikakademie”.

Mr. Ibañez  has been featured as a soloist with orchestras like Budweis Philharmonic, Tallin International Youth Orchestra, Guatemala National Youth Orchestra or Rafael Bunyol Philarmonic Orchestra between others. He has obtained good critics in England and Switzerland, he was first prize at the Ivan Sutton Competition in London.

He  had play regularly  recitals in Cities  like London, Liverpool, Vienna, Venice, Barcelona, Rammallah, Brussels or Valencia . Soon he will made his presentation tour in South America and Asia with concerts  and masterclasses.

Simón studied at “Conservatorio Superior de Música del Liceo (Barcelona) and completed his BMus(Hons) qualification with  Professor Isaac Rodriguez. Later he was accepted at the Guildhall School of Music & Drama of London to study the “Artist-Masters Orchestral Training”   with the London Symphony Players and Professor Julian Farrel.

Simón is also Artistic Director at the “La Vilavella International Masterclass” (Spain) with resident musicians like  David Rejano (principal trombonist at “Los Angeles Philharmonic”), Wolfgang Vladar (hornist at the “Wiener Philalharmoniker)  or Julio Lopez (violist at the  “Münchener Philharmoniker”). He will record his first CD under IPA (International Promoting of Arts) in Vienna during  the next  Spring.